Thirty minutes and nine dollars.  That's it.  That's all you need to build some functional open storage for your kitchen.  And probably to get a questionable massage in a questionable neighborhood.  But let's talk about shelves today.

We've officially opened up a can of whoop-ass on the kitchen and I'm not taking any prisoners.  My goal is high-end looks on a low, low, low, low budget.  In order to achieve that, I'm planning to DIY the ENTIRE thing.  I'm reducing, reusing and recycling, baby.  And that brings us to today's project, which has me particularly excited. 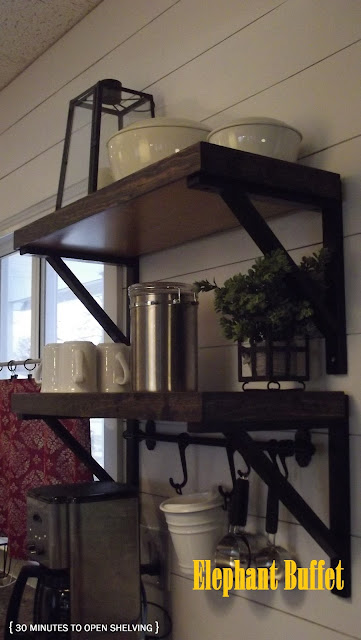 A little backstory for you:  We started this whole-house reno last August.  One of the first things that had to happen was gutting the pantry since that was going to be where the staircase went.  I still remember the morning that the builder told me I was going to have to clear it out.  I think I knew at that moment that things were going to get real up in here. 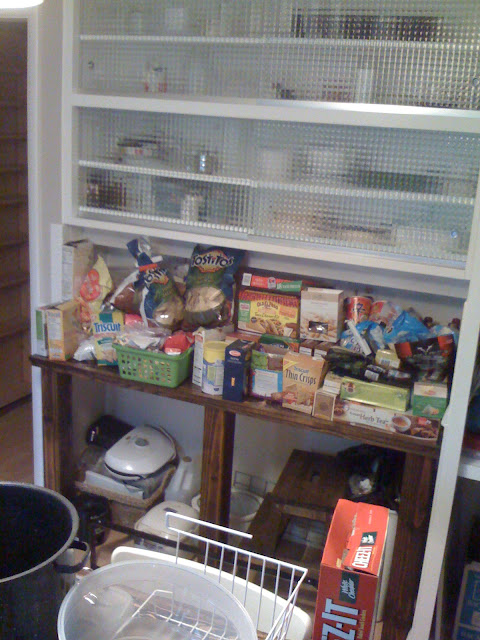 And then we tore the wall of cabinetry down in order to expand the kitchen.  So, everything in those cabinets got relegated to the basement, along with the contents of the pantry. 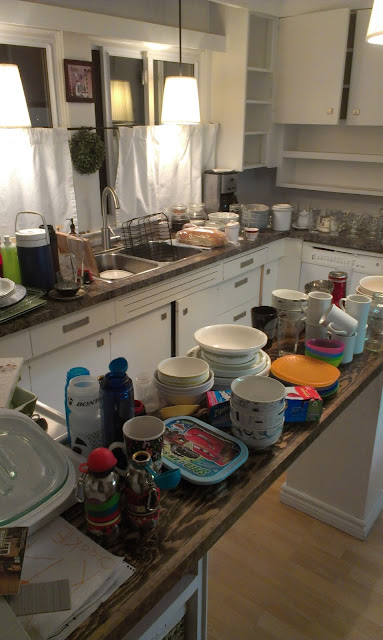 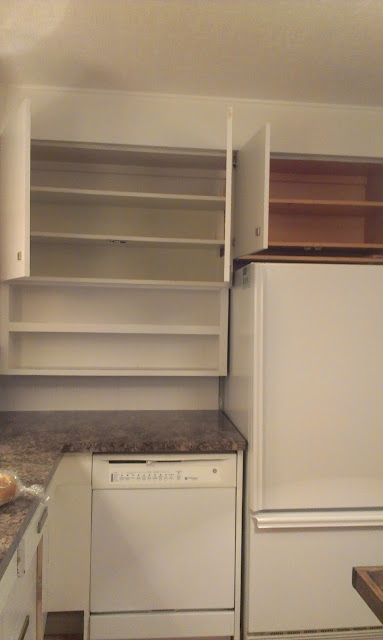 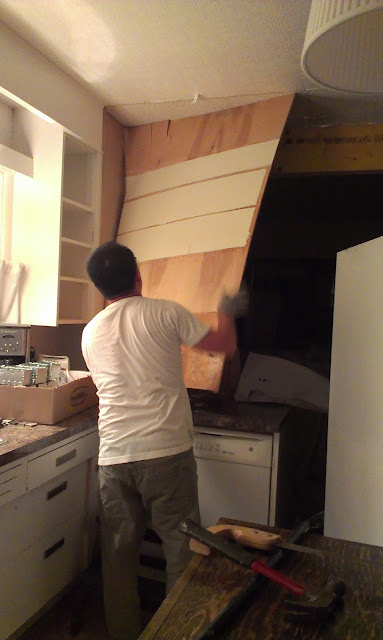 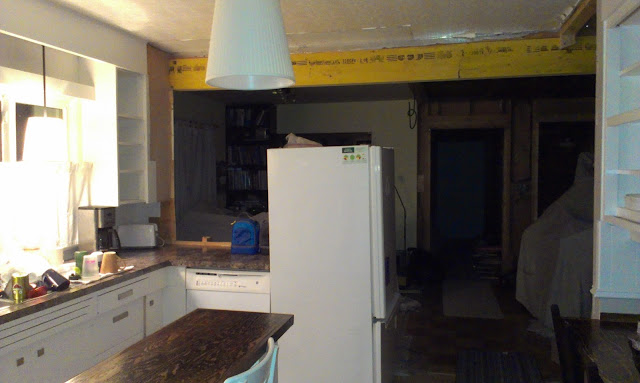 I spend about 85% of my time in the house in the kitchen on any given day.  From making coffee first thing in the morning, prepping lunches for everyone, fixing after-school snacks, all the way to making dinner and cleaning up the ridiculous messes that happen in here.

I love being in the kitchen.

I even love cleaning it.

I've been without a fully functional kitchen for about EIGHT months.  Eight months of feeling sad every time I came into the kitchen to prepare a meal.  Eight months of barking at the kids to not touch certain boxes of construction-related material that were all over the place.  Eight months of not being able to find the things I need because I seriously had no idea where they had been packed.  EIGHT MONTHS.  That translates to about 240 days.  Two hundred forty days of feeling lost in this house.

Now, I know it sounds dramatic and granted, I wasn't going to fling myself off of the Ambassador Bridge or anything.  But I'm willing to bet that anyone who has ever gone through a big renovation like this can relate.  Heck, even people who've only done their kitchens will tell you how horrible it was.  But the last 240 days in this kitchen.... they've been.... not awesome.

And every single one of those days, I thought about how I was going to make this kitchen awesome.  I've collected so many clippings of kitchens and one thing that has always stood out was a touch of open storage.  Just a touch.  Not too much.  I don't like visible clutter (It makes me itch.  Ask John) and if I was going to go the shelf route, it needed to be neat and tidy.

Let's get started, shall we?

I began by scooping up four of these lovely lads:

Then, I found a few cabinet doors from the demolition phase of the kitchen and asked John, very nicely, if he would rip them down to a shelf-ish dimension of about 26"x10". 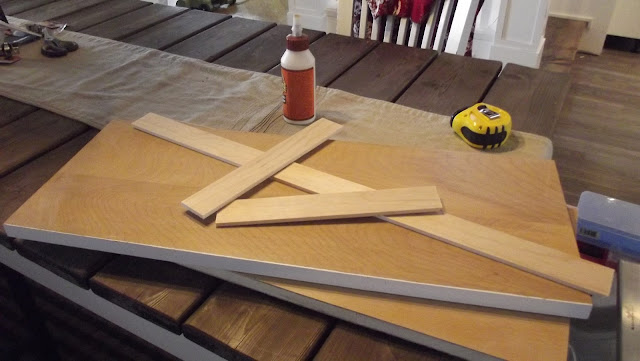 The boards were in super-pretty shape.  Super-pretty. 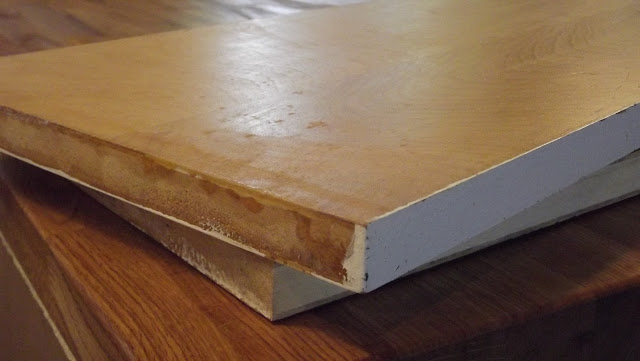 I simply glued the boards together and clamped 'em. 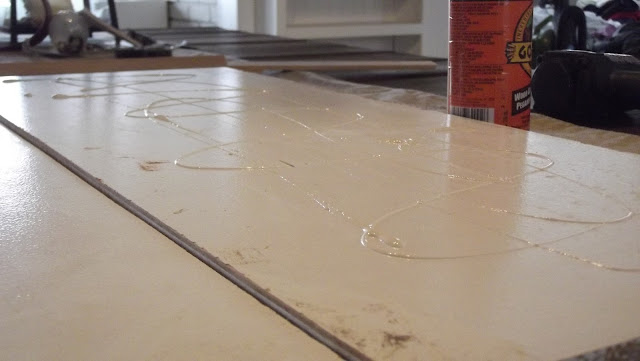 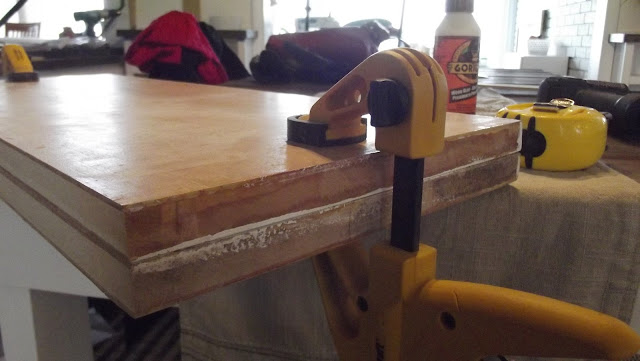 Then I added some lattice trim to all of the edges to clean it up and make it look like one, thick shelf. 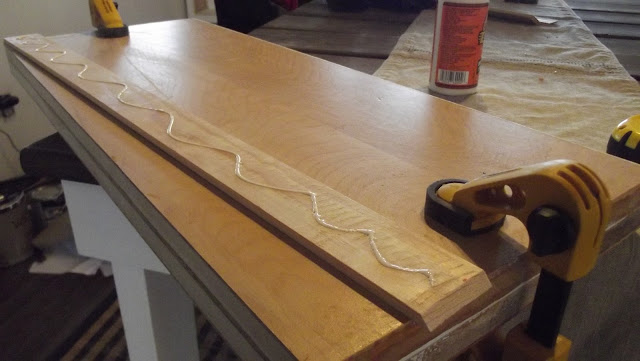 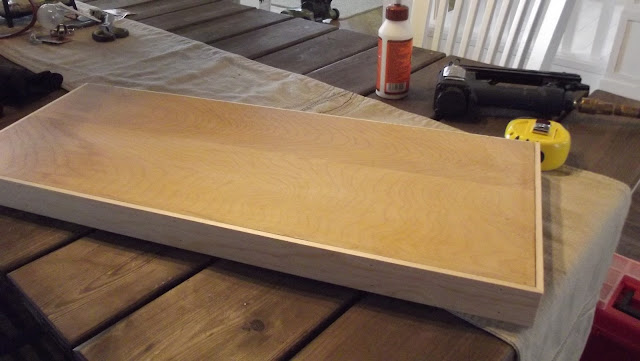 I took the finished shelf out to the garage and sanded 'er down.  Knocked down the edges of the trim a bit because I generally don't like razor-sharp edges on things that I use daily.  I could not - for the life of me - get the tops and bottoms of the shelves to accept the stain.  I sanded and sanded, but the stain wouldn't take.  However, it occurred to me that only the bottoms would really be noticeable, so I gave them a couple coats for blending.  I got lazy and even left the top shelf white.  No one will ever see that shelf and if they do, I'll throw a cookie at their head.


Here's the finished product (and yes, I planked the kitchen walls --- more on that later): 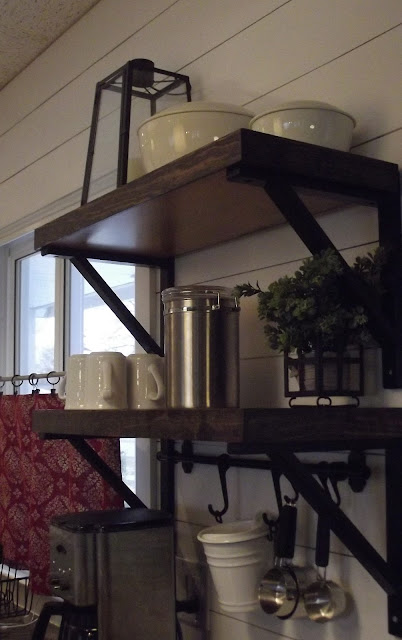 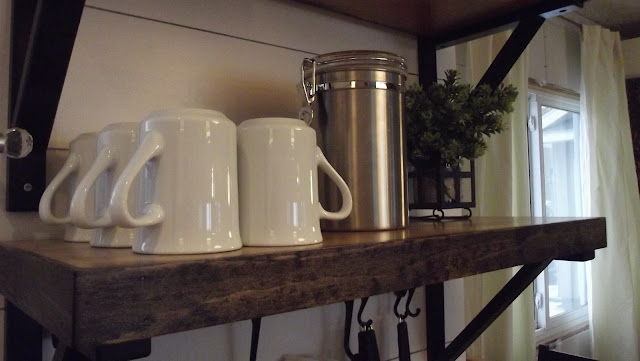 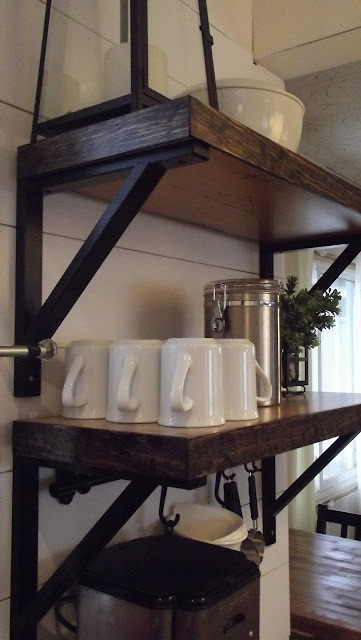 THEN!  I found this while I was searching the interwebz today:


Those shelves are from West Elm and are $79.00 a piece.  I think my $9 shelves are more than sufficient for me. 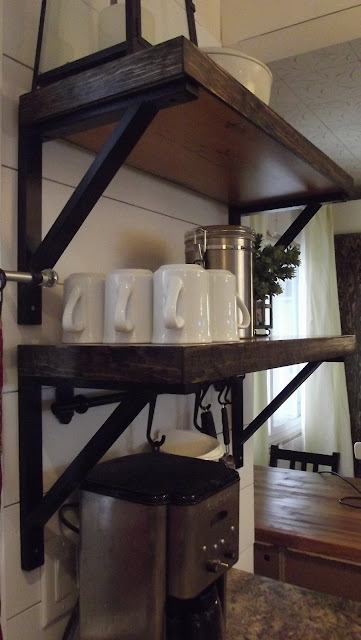 Now that I have one spot that's somewhat manageable, the whole kitchen feels more like home.  And the itching is subsiding.

Linking up to:  Not JUST A Housewife, Coastal Charm
Posted by Carol Lee at 7:40 PM 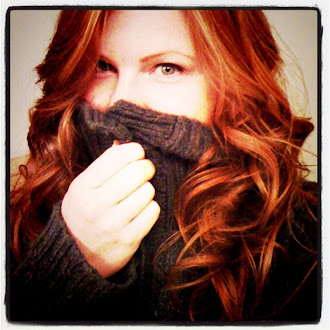